Actors Rep regrets to announce that we must cancel the Actors Lab PLAY 2 Series of workshops that was scheduled to begin Thursday, 15. March 2018.

Actors Rep is a very small non-profit professional theatre company. Our experience has shown that we cannot present workshops and classes without the minimum enrolment needed to cover the costs of offering them. Unfortunately, with PLAY 2, we fell short of the minimum number needed.

We’re very sorry, as we were excited about this new section of workshops. We will offer a section of classes or workshops later in the year. We also plan at least one short (one- or two-day) workshop in 2018.

PLAY 2: A Series of Six Workshops 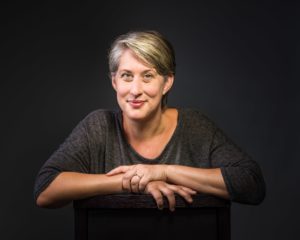 Actors Lab is a place to experiment, succeed, fail, laugh, cry, whisper, scream, twist and shout. Actors Lab will once again focus on the need to play and how we can use play more as actors and as non-actors.

We invite anyone who wishes to explore the personal creative self to come and play with us.

Actors need to be in full access of childlike curiosity and an ability to play (also very helpful for non-actors), to find the truth of self and eventually the characters.

This series of workshops will explore play as another way of finding truth.

Play 2 Series will also begin to dip into the play as a structure as well as an action. The Actors’ Lab series Play 2 will focus on ‘The Play’—that is, the theatrical play. We will explore and delve into scene and character work through play. This series of workshops is reserved for experienced students.

If you would like to participate in this series you must submit a CV or have previously participated in a prior Actors Lab acting class or workshop.

We will work with several different kinds of texts and play with how one can find a character through play. These workshops will be physical, so please come prepared to move.

‘The creation of something new is not accomplished by the intellect but by the play instinct acting from inner necessity. The creative mind plays with the objects it loves.’ – Carl Jung

Contact Actors Rep for more information and to register: ActorsRep.Erik@gmail.com