The Goat Or, Who is Sylvia?

The Goat Or, Who is Sylvia?

The Goat or Who is Sylvia?

In co-production with Théâtre National du Luxembourg, Actors Rep has selected Edward Albee’s monumental The Goat, or Who is Sylvia? as its debut. The Goat has won several awards, including the 2002 Tony Award for Best Play, and ran for over three hundred performances on Broadway.

Martin, an extremely successfully architect, has a great life with his wife Stevie and their teenaged son and appears to have it all. But Martin also has a secret. He has fallen in love and is having a most disturbing affair. His infidelity and betrayal shock and ultimately threaten to tear the family’s world apart.

The Goat, or Who is Sylvia? is a theatrically searing examination of the most powerful human emotion: love. Albee frames it as a ‘profoundly unsettling subject’ that is ‘irrational, confounding and convention-thwarting’ (New York Times review, 2002). He dares to ask difficult questions and make demands of both audiences and performers. The Goat ‘treads a fine line between its overpowering emotions and the breaking of strong taboos’ and is ‘wildly and fiercely provocative’ (London production review, 2004). Actors Rep is proud to bring this startling and important play to the Luxembourg stage.

Edward Albee was born on 12 March 1928, and became the adopted son of New York socialites Reed and Frances Albee. His parents wanted nothing more for their son than that he receive the best education money could buy and take his rightful place in New York high society.

Albee had other plans.

Considered something of a rebel, the young Albee was politely asked to leave more than one reputable school and was expelled from his college. At the tender age of twelve, he shocked teachers and parents alike when he wrote one of his first literary pieces, a sex farce entitled ‘Aliqueen’.

The stage was set for a playwright who has never shied away from controversy.

His first major play, The Zoo Story (1958), received a cool reception in New York and was first produced in Berlin. Following its tremendous success on the European stage, The Zoo Story was then produced Off-Broadway (in a double bill with Krapp’s Last Tape by Samuel Beckett). It has been hailed as the birth of American absurdist drama.

Perhaps his best known work, Who’s Afraid of Virginia Wolf? (1962), was selected by the jury for the Pulitzer Prize in Drama, but the advisory committee overruled the selection and awarded no Prize for the Drama category that year. (Two members of the adjudicating committee resigned.) He did receive the Tony Award and the New York Drama Critics Circle Award for the play. Albee later won the Pulitzer Prize for A Delicate Balance in 1966 and in 1977 for Seascape.

The Goat or Who Is Sylvia? premièred at the John Golden Theatre on Broadway on 10 March 2002, where it ran for more than 300 performances. It originally starred Bill Pullman and Mercedes Ruehl and later Sally Field and Bill Irwin.

With a body of work that includes plays such as The Goat or Who Is Sylvia?, The Zoo Story, Three Tall Women and Who’s Afraid of Virginia Woolf?, Edward Albee is arguably America’s preeminent playwright and indeed one of the world’s most significant theatrical voices in the last fifty-plus years. Startling and often controversial, Albee’s works present challenging and unflinching perspectives of human relationships.

No bleating around the bush

The dialogue is true-to-life..

..with great chemistry between the actors who have a rich script, written by Edward Albee Geoff Thompson, The Chronicle Luxembourg 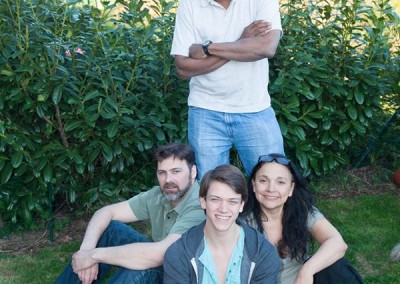 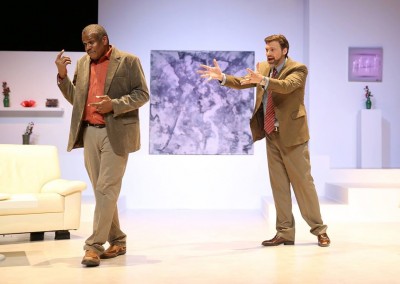 Alexander Thomas (l) and Timothy Lone (r) in The Goat 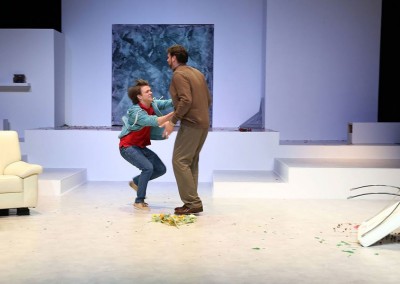 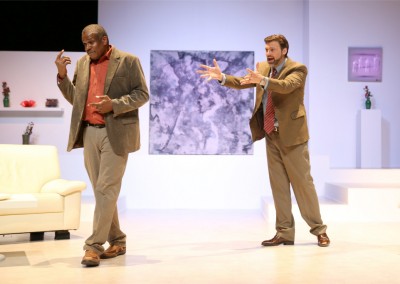 Alexander Thomas (r) and Timothy Lone (r) in The Goat

Timothy Lone (l) and Alexander Thomas (r) in The Goat 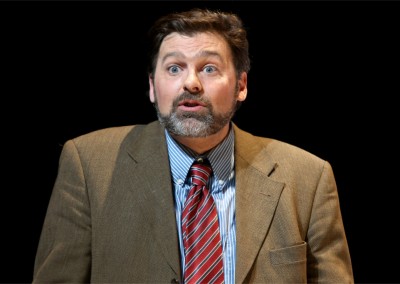 Timothy Lone in The Goat 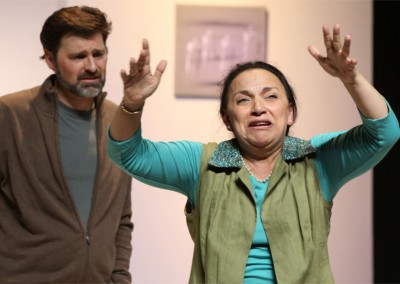 Timothy Lone (l) and Louisa Graf (l) in The Goat

Alexander Thomas in The Goat

Louisa Graf (l) and Timothy Lone (r) in The Goat

imothy Lone (l) and Louisa Graf (l) in The Goat

Timothy Lone and Bram de Vet in The Goat

Timothy Lone (l) and Louisa Graf (r) in The Goat

Bram de Vet in The GoaT 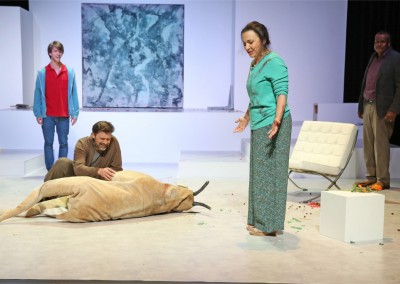 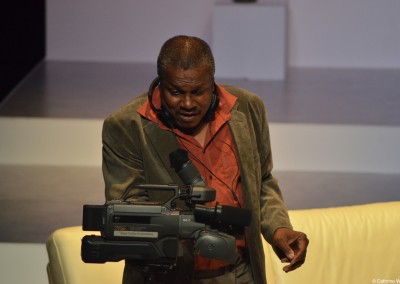 Alexander Thomas in The Goat