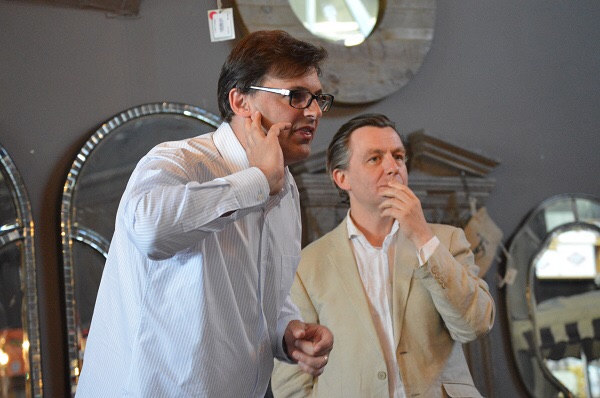 We had a full house for Thursday nights performance of ‘Lunch on the Go”, a totally unscripted, improvised show starring our very own Timothy Lone and British actor, Alan Cox.

Thank you to everyone who came and enjoyed eavesdropping on the conversation between Kyle (‘the American’) and James (‘the Brit’). With the aid of some audience suggestions the old friends chatted amiably  about subjects ranging from race, Tony Blair’s ‘special friendship’ with George Bush,  the evils of the internet and, in a particularly passionate rant from James, the construction of American owned golf courses in Scotland and Ireland. Donald Trump watch out, James is on your case!

This show was a brave move on the part of Timothy and Alan as they had met only twice before the performance and had never appeared together on stage. But, there was an immediate rapport and the gamble more than paid off.

It was a pleasure to have an actor of the calibre of Alan Cox join us in Luxembourg and we’re very much hoping that Timothy can persuade him to come back very soon (and next time perhaps only one portion of ‘lady balls’!).