All The World’s A Stage… 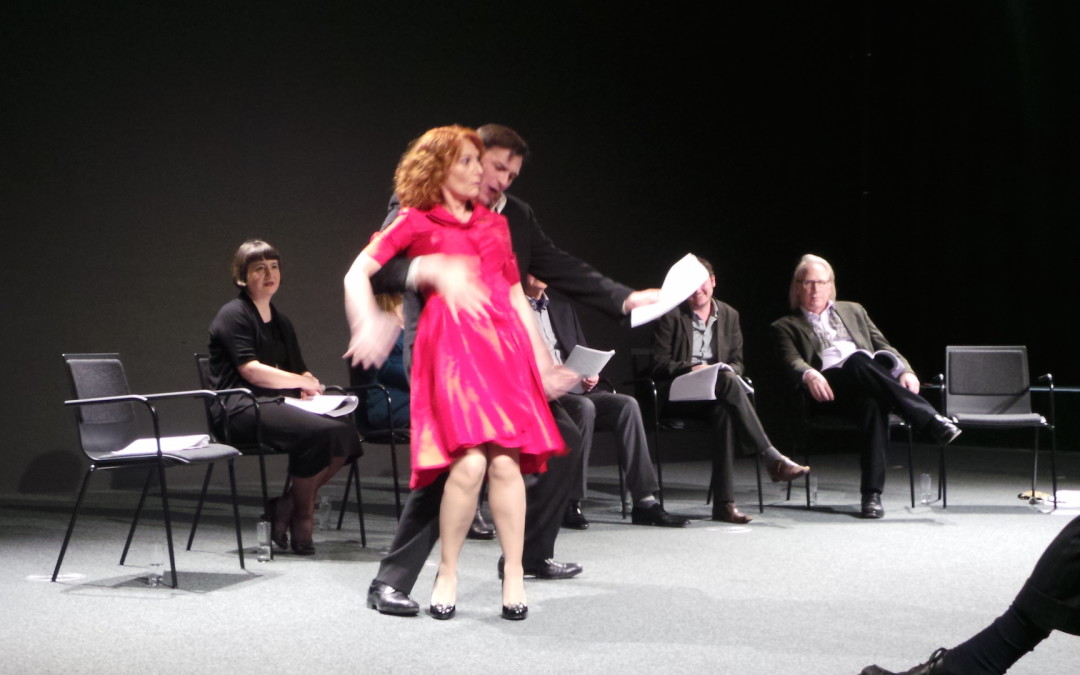 We had an absolute ball performing Shakespeare for the British Ambassador, Alice Walpole, at her farewell event on 21st January 2016.

With  guidance from Dominic Dromgoole, former Artistic Director of Shakespeare’s Globe Theatre, we put together a programme which included many of the characters best loved by Ambassador Walpole. The evening included scenes from  Richard II, Henry V, Hamlet, Othello, The Merchant of Venice,  As You Like It, King Lear, Much Ado About Nothing, The Taming of the Shrew , Romeo and Juliet, The Comedy of Errors and A Midsummer’s Night Dream.

It was a joy for the actors to play Shakespeare and we’re delighted that the audience seemed to have an equally enjoyable evening. In fact, many asked when we’d be back to do more Shakespeare. Who knows? We’ll keep you posted!

‘Some of the most beloved scenes of Shakespeare’s plays were performed, such as Abbott’s humbling “All the world’s a stage” monologue from “As You Like It”, to Lone and Richards exchanging colourful repartees as Petruchio and Katherine in “The Taming of the Shrew”, and the famous “Romeo and Juliet” balcony scene, acted out by Grady-Hall and Faber.’ Luxemburger Wort

‘Ambassador Walpole also surprised some audience members when she revealed that some of Shakespeare’s work was in French, so the second selection was from “Henry V”, in which Katherine (played by Nathalie Jacoby) asks Alice (Faber), her lady-in-waiting, to teach her the language.’ Luxemburger Wort

‘A fitting tribute to a memorable stay in Luxembourg for a fine ambassador.’ Chronicle.lu